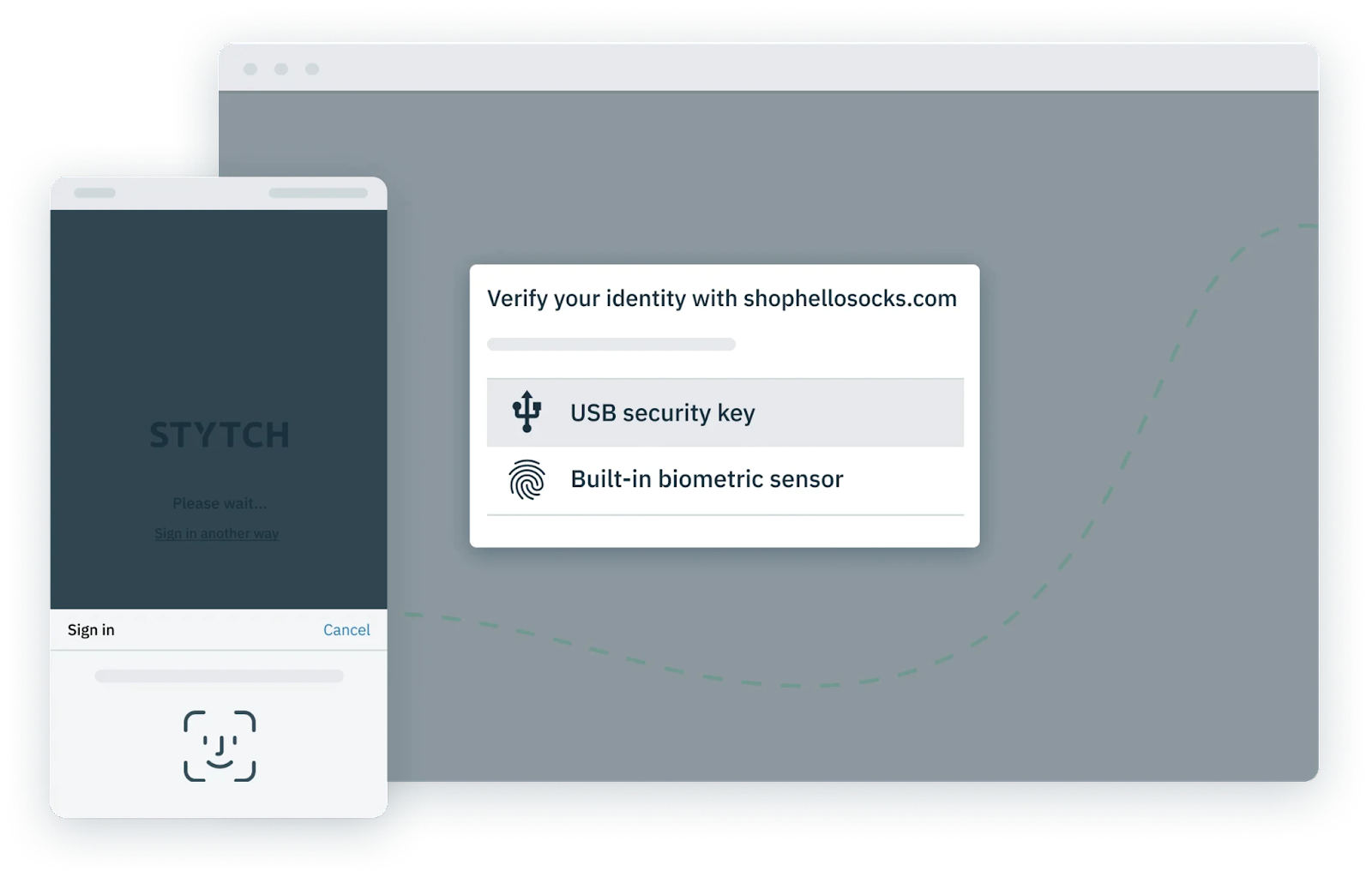 An example of the WebAuthn user flow on mobile or desktop. WebAuthn makes it easy for users to authenticate with device biometrics (e.g. FaceID/TouchID) or a hardware key like a YubiKey.

“WebAuthn” is one of the most exciting passwordless technologies available to developers and users. With WebAuthn, experiences like the below are now possible, allowing applications to authenticate users with the biometric capabilities built into the devices they use every day:

Historically, integrating WebAuthn has been a complex and time-consuming activity for developers. Stytch now supports the WebAuthn protocol, so that developers can embed this feature in minutes rather than months.

So, what is WebAuthn?

That’s a mouthful, so let’s break that down. In layman’s terms, WebAuthn provides users with two highly secure yet low-friction options for authenticating themselves with mobile and desktop web applications — when applications integrate WebAuthn, they can give users the option of using either of the following authentication methods for accessing their account:

What are WebAuthn’s advantages over existing authentication methods?

While TOTP is the safest 2FA method on the above list, many applications do not offer it as an option because of the friction it can create for users. Every user with a phone number can receive a SMS one-time passcode, but TOTP requires the user to download a dedicated app like Google Authenticator to enroll and use this 2FA method. As a result, many applications don’t support TOTP, and when they do support it, a large portion of users will still opt to use SMS passcodes for two-factor authentication.

WebAuthn is an extremely compelling authentication method because it is both more secure and lower friction than the 2FA options listed above, encouraging users to adopt it over less secure methods. And unlike TOTP, users do not need to download anything or potentially use multiple devices to complete one login to use WebAuthn. They can simply use the TouchID on their computer or the FaceID on their mobile phone like they already do multiple times per day to log into their device. An additional benefit of WebAuthn is that it prevents the “phishing” of users because there are no passcodes for the user to expose to an attacker. This is why some refer to WebAuthn as “unphishable multi-factor authentication (MFA)”.

Why aren’t we all using WebAuthn?

So, if WebAuthn is so groundbreaking, why isn’t every website already using it? We expect a large number of apps will begin to integrate WebAuthn in 2022, but there are a couple contributing factors that explain why adoption has lagged so far:

In 2022, Stytch is focused on helping bring WebAuthn mainstream.

Seeing the immense benefits of WebAuthn but also the frustrations that developers had with integrating with it, we’ve built our product to be the simplest way for developers to support WebAuthn. We’ve also made it simple to offer other authentication methods alongside WebAuthn to easily support cross-device access and account recovery such as email magic links, OAuth logins, and more.

View all posts by Reed McGinley-Stempel